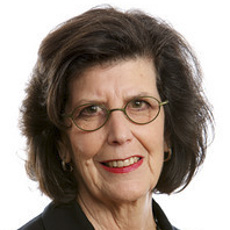 How did you get involved with FCJA?

My first involvement with Allied Jewish Community Services was in 1950, at eight years old, when I moved to Montreal from New York to enable my father, Al Feintuch, to assume the position of Executive Director of Jewish Vocational Services. I watched the establishment and growth of the JVS Sheltered Workshop and the aid for new immigrants who arrived in large numbers in the following years. Fast forward to the year 1967 and I, like many others, was helping raise money for our beloved Israel during the Six Day War. In my case, much of the funds I raised were from my neighbours and co-teachers, mostly non- Jewish. They understood the threat to the one democracy in the Middle East. People were overwhelmingly generous!

From eight years old on, I had witnessed how as a communal family we have the responsibility to take care of each other- here in Montreal, in Israel and around the world. How could I not be a contributing member of our Jewish community?

What is your fondest memory working with FCJA?

It is difficult to choose one of numerous exceptional memories that I cherish during my roles as Women’s Campaign Chair 1994, March of the Living Chair 1997 and 2005 and President of the Bronfman Jewish Education Centre. But perhaps the commonality that was very important and meaningful for me was the pride I felt being trusted to take on the responsibility of leading our community.
During my campaign year, five of us went on a “fact finding mission” to Russia, Georgia and Azerbaijan. The pride I felt spending twelve days in the FSU listening to members of the Jewish community tell their stories as many were trying to learn Hebrew to prepare to make aliyah. The pride I felt as a Jew that our fellow Jews in Israel were there making it possible. And the responsibility I felt to bring that message home- that we in Montreal have the easy part. We just have to raise dollars to help make it happen.

Describe a particular event that impacted you profoundly?

In 1991 Nat and I went on our first CJA Mission to Budapest and Israel. We met Jewish men, women and children pouring off trains from cities throughout Russia, some travelling for more then two weeks. The only common language, in only a few cases, was Yiddish. They had their prize possessions- a violin, a bird in a cage, a dog or cat.

Two days later we flew together on El Al to Israel. I was sitting in the front of the plane but wanted to see how they were doing. The 747 was full. But the old lady of 96 who had been carried on by her family had three seats to lie on. What other country would take her? What other people would never consider leaving her behind?

When the plane landed in Tel Aviv, our group were the first ones off the plane. We waited on the tarmac to welcome the new olyim to Eretz Yisrael and danced a hora with those who could. It was the first of 4-5 times that I have had the privilege of doing so and something I will never forget!

What advice would I give to the young women who will become the next leaders of Women's Philanthropy?

Bite the bullet! If you are asked to serve as a WP leader, you have already shown your skills, probably your passion for the community and an understanding of its needs, and your competency. Most likely, you have as well proven yourself to be a caring, hard working and uniquely qualified individual with a love of Israel and the Jewish world. All that’s left is the desire to serve. Say “yes”. We need you. Your community needs you. Jews in Israel and around the world need you. YOU are our future!

Tikun Olam is a value I was taught from birth. “Repairing the world “means to care for those less fortunate and helping to teach good moral values. By profession, I am a psychiatric nurse. I have always “cared for” others. Translated into volunteer work, I was a part of the amazing beginning team of Hope and Cope and later the President of the JGH Auxiliary.

Acquiring a Jewish education is a value of which I feel deeply. I believe that is of paramount importance that our moral values as a people, our text knowledge and our heritage be handed down to the next generation. Only by doing so, will we assure a continued connection to Israel, and a reason for its existence. By understanding our heritage and the beauty of our traditions, we trust that our children and grandchildren will follow our lead and support the State of Israel and the Jewish people.

And finally, I believe that good leadership is necessary for our community to evolve into the next generation. Each of us play a part, but the person at the helm steers the ship. The success of our years of leadership are dependent on those that follow.