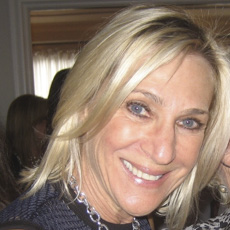 I was born into Jewish community life. I come from generations, both paternal and maternal, of people who were passionately and actively involved. Discussions ensued around the dinner table nightly about the goings-on of the moment and the buzz words of the times, and this evolved into my own personal language. So when I was approached by a dear friend in the mid-eighties to come along to a community event, it seemed like a natural fit: I was in!

I started out in YAD and where I chaired two back to back campaigns. I then evolved to allocating the dollars through budget review committees thus completing the circle. I was next recruited into agency work where I was the last president of JVS and the first president of JEM as the agency was rebranded and reborn. Today it exists as Ometz.

Women’s Philanthropy became the logical next step. Over the years I chaired every major campaign event with the exception of the campaign itself. During this period, my children were living the same discussions around the dinner table that I did as a child growing up. Another generation of community leaders was being born! As they say, “children learn what they live”.

My two favourite projects in the 30 plus years that I have been involved are the Mosaic Cookbook and the Virtual Community Museum, commemorating the 100th anniversary of Federation CJA and the 375th anniversary of the city of Montreal. I feel that both of these projects will leave their own lasting legacies and I am both proud and honoured to have been included in their creations. As with all of the work I have done, I am continuously inspired by those around me also striving to make our community a better place for all.

My personal legacy must be the example that my children follow, creating yet another generation of community leaders. Their passion and commitment to their communities both in Montreal and in Israel are exemplary, and I look forward to watching them raise their families with our combined values.