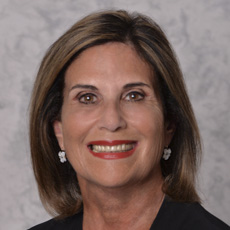 I became involved with Federation CJA after the Mega Mission in 1996, which was my first trip to Israel. I was taken in by the beauty of the land itself, by all that Federation CJA exposed me to, and by the new friends I made. Clearly, I did not want these feelings to end.

Having enjoyed several different leadership positions, I would say that my fondest memory is the work I did with the March of the Living. Taking young people to Poland to witness the atrocities of the Holocaust and then the rebirth in Israel was an absolute privilege for me. During my term as President of the Montreal Holocaust Memorial Centre, a visit by Ellie Wiesel impacted me profoundly. I will never forget the time I spent with this gifted, gentle man, through the auspices of Federation.

Throughout the years, I have always found that having mentors helped me enormously in my volunteer and philanthropic work. Time will tell what my legacy will be… I hope I will have led by example and will have been a good role model. I hope people will say of Alice Raby that there wasn't a task too big or too small.