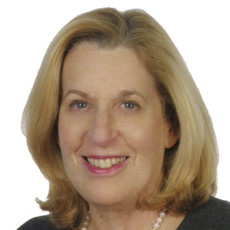 I got involved with Federation CJA when a friend asked me to come to a meeting of the Women’s Federation in the early 1980’s, when my children were young and I was working. She thought I would make a good volunteer, as I was already in a ‘helping profession’ (Occupational Therapist). She reached out to me and I have been involved ever since. Why did I respond? I think because I’ve always felt a need to be part of the greater community in which I live.

From Women’s Federation, I went on to volunteer on the Board of Jewish Support Services for the Elderly (JSSE), Israel Overseas Department, BJEC Board & Executive, March of the Living as a madricha, and the Jewish Public Library, where I served as President. During the annual Campaign, I have always taken as many cards as they will give me.

There are too many fond memories to enumerate, but that which stand out are the encounters we had with Israeli women in Beer Sheva in Israel Overseas, the camaraderie and Lunch & Learns in Women’s Federation, and the feeling of being part of a team for the good in each experience.

There are three moments that impacted me profoundly. As president of the JPL, I was struck with the difficulty and skill with which the entire Federation budget is allocated to the agencies of the community. Inside the Library, I was overwhelmed with gratitude, when I first witnessed how the Library brings together all sectors of the Montreal Jewish community, from Haredi, to university students and professors, to moms & tots, to old and shut-in, to vibrant young and adults alike. And as a campaigner, every year, I am in awe of the donors I speak with, who continue to give, even in small amounts, despite the life difficulties they endure, some of whom are themselves recipients of the community’s generosity, and who give back as best they can to say ‘thank you’.

I would tell young women, and I do tell my daughters: Be part of the greater picture; find a way to participate to be part of giving to others as an expression of gratitude for all that we have, and for the extra bonus of satisfaction. ...and it can also be fun!

I hope that my legacy will have been to inspire others to participate in volunteering, to find a way to connect to community, as there surely is a way for everyone.