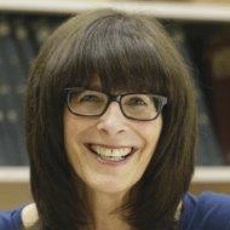 I have always been a volunteer, following in my parent’s footsteps. I became involved with B’nai Brith as a teenager. I moved on to volunteer for Cancer Research, my daughter’s schools, our synagogue, Federation CJA’s Super Sunday and for the past 16 years, the Cummings Centre. I started in the intern program the year the Golden Age Association and JESSE merged to become the Cummings Jewish Centre for Seniors. I was too young to join the Centre at that time, but that did not stop me from continuing to be an involved and active volunteer. I have been involved in many different committees (Marketing, Volunteer, Social Services, Strategic Planning, West Island Advisory) in the agency, culminating with the Board of Directors.

2. What is your fondest memory to date of your time working with your organization?

It is not necessarily the fondest but it is my greatest achievement: I was very proud and humbled to be asked to be in line for the President of the Board of Directors of the Cummings Centre. I was a Vice President for a couple of years before I was asked to step aside as the Board was reorganized and downsized. I remained on the Board as Secretary and then became the 2nd Vice President, 1st Vice President and in 2015, the President. It was a personal challenge and I looked forward to the undertaking.

When Freda Rashkovan asked me to join the Board of Directors in 2006, I responded that I did not always agree with her point of view. She said, that is why I want you. In that moment she taught me the most important lesson I could learn, and imprinted a thought that I have acted on ever since: Surround yourself with smart people who are different from you. The only way to learn and grow is to listen to diverse ideas and opinions.

4. What advice would you give to the young women following in your community-minded footsteps?

Find an area you care about and volunteer. Find an organization that needs and respects your efforts and volunteer. Money is not the only way to be charitable. Giving of your time and energy is just as valuable a commodity as making a financial contribution. You meet new and interesting people, and are exposed to countless exciting ideas. Volunteering enriches your life.

My legacy is becoming President of the Board of Directors when the new Executive Director began her contract. After 34 years, the Executive Director of the Cummings Centre retired. We were about to start on a new path, bringing in fresh ideas and direction. I was there to maintain the values and ideals of the Centre as we visualized the immediate future of our agency. We reached out to other agencies within the Federation system as well as in the outside community, and increased our value and image as an agency of Federation CJA in the larger community. It was important to maintain stability while we explored all the options open to us. We share a similar vision and it is an amazing and gratifying adventure.