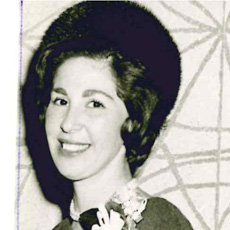 1. How did you get involved with Federation CJA and why?

• I was married in 1950 and soon became actively involved with many organizations including Federation CJA.

• In 1962 I was approached by Executive Director Alvin Bronstein to take on the chairmanship of the 1963 Campaign.

• I was reluctant to take on a 2 year commitment because I had a very young family at the time. Truthfully, I preferred to work behind the scenes, never envisioning myself in a leadership role. I agreed to a one year term, and from that time forward the role of Campaign Chair became a one year term.

2. Can you recall a particular moment or event that made you especially proud?

• Receiving the Barkoff Leadership Award in 1960

3. What is your fondest memory to date of your time working with Federation CJA?

• Working at 493 Sherbrooke Street West where we were very much a family. I worked alongside lifelong friends, and made many new friends along the way.

• It was a very happy work environment and we all worked well as a team.

• At that time, there was only one professional, Mitzi Lowy, assigned to the Women’s Division.

4. What is strikingly different about working with Federation CJA "then" compared to "now"?

• The daily hours of pounding away on manual typewriters and using a mimeograph machine to disseminate information and complete the tasks at hand.

• The formal and common practice was to address women by their husband’s name, as in, “Mrs. David L. Nadler”. I refer to my tenure as the “Hat and Glove Era”.

5. Can you recall a particular moment or event that impacted you profoundly?

• The goal for the 1963 campaign for the Women’s Division was $200,000. It was a particularly satisfying moment to announce at the closing dinner that we had exceeded that goal.

• It is important to understand that the top category at the time for women (Pace Setters) was $500.

6. Do you have any advice to young women today who are following in your philanthropic footsteps?

• Serving the community will certainly enrich your life as it did mine - learning many skills and becoming more self-confident, and forging friendships that are forever.

• Having a platform from which to help others and to inspire young leaders is a daunting responsibility and a unique privilege.

• Always show appreciation for every donation no matter the size.