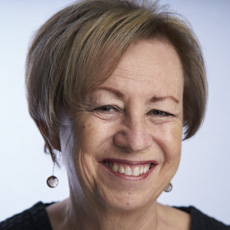 Brenda’s volunteerism goes back to the early 1980s, where she served as the first female President of Hebrew Academy, from 1987 to 1991. She feels her most important achievement was seeking out and mentoring future young leaders, especially women leaders.

She then became active as a member of the Board and Executive of the Bronfman Jewish Education Centre (BJEC) where she has served as its president from 1997-2000. From 2000 until 2008, she has was a member of the Board of Directors of Federation CJA and an executive member of the Planning and Allocations Committee. Her main goals in this role were to create informal and grassroots Jewish Identity programming as an alternative to formal Jewish education.

She was also president of the Jewish Community Foundation (2012-2015). She presently sits on the board of UIA Canada, which she joined in 2009. In this capacity, she chaired the youth initiatives committee from 2011 to 2015, and is the VP of CIJA Quebec, where she plays an active role in its advocacy work. She is on the Centennial campaign team and co-chaired the informal grants program.

Brenda is married to Samuel, and they enjoy their 3 children and 10 grandchildren.