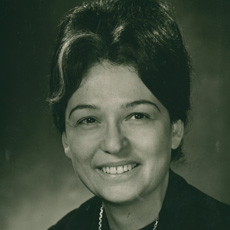 My involvement with Federation CJA was the natural evolution of my family history. Both my mom and dad (a former President of the Baron de Hirsch – predecessor of Ometz) were always involved in community organizations. Growing up, their meetings, projects and sense of responsibility to help others was a constant presence in our lives.

My volunteer career was launched in high school as President of the Menorah; at McGill, the creation of Hillel, and leadership in Sigma Delta Tau sorority; and when first married – group leader at the former YWHA, as was my husband at the YMHA, and on it went.

My most lasting and fondest memory of Federation CJA involvement was the tremendous sense of camaraderie. Wonderful friendships evolved from the common interest and purpose we had, as well as the real sense of team effort between volunteers and professionals that was key to all we accomplished.

The event that impacted me most profoundly was the election of the Parti Quebecois in 1976.
I shall never forget the sense of shock and profound concern that permeated the community and leadership of Federation CJA (AJCS) at that time.

I would say to young women of today, who lead very different lives than those of my generation, that there is no substitute for the value of volunteer effort. The great personal reward is the incomparable satisfaction of knowing that someone somewhere has benefited because of that involvement.

In 1965, I was elected the first woman President in the Herzl Health Centre’s then 54-year history, followed by election as the first President of the AJCS in 1983. These appointments helped open the doors to women’s leadership in the most senior positions of our agencies — where they have, over time, rendered outstanding service (unsurprisingly). I consider that my legacy to community.