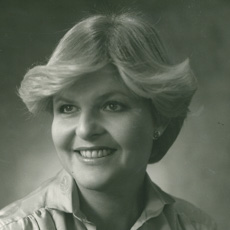 1. How did you get involved with Federation CJA – and why?

As a young mother ad newcomer to Montreal and recently settled in Ville St Laurent, I was asked by my friend Harriet Corber to be a canvasser in our area. Not only did I have no experience in canvassing, but I had no knowledge of Federation CJA. I guess I was a quick learner as I was soon asked to be a captain in our sector.
When the Israeli Six Day War broke out a few weeks later I was parachuted into the position of Chairman. Despite difficulties of running a campaign without the usual clerical support from head office, Ville St. Laurent had a successful campaign. We were very proud to report that due to the diligent efforts of my team only one donation cheque had been lost.

It’s difficult to choose after enjoying so many things during my tenures in Women’s Federation and Federation CJA at large, however, I think the leadership mission to Israel in 1985 stands out. It truly opened my eyes and ears to the unique country and helped create strong bonds and an admiration for the dedicated people who accompanied me on that trip. It fired up all of us as leaders, and strengthened our sense responsibility to our task.

3. What advice would you give to the young women following in your philanthropic footsteps?

I would say that they should be grateful for the opportunity and experience they will gain, and the satisfaction which follows their accomplishments. I would tell them that despite any future changes in their lives, to continue their support in any way that they can.

My legacy is that I have set an example for my children and hopefully for my grandchildren, that they have an obligation to be a part of our Jewish community – actively if possible – and to get involved in whatever way they can.