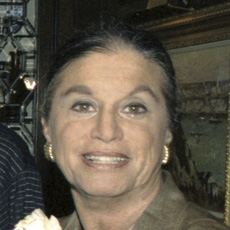 It is so long ago now that it seems I have always been involved with Federation CJA. Someone one must have canvasses me, but I have no memory of whom or when it might have been. I can only assume that, at some point, I must have asked to be a canvasser myself. Over the years, I became more involved in originations that supported Israel and it was a natural progression to the position of Chair.

You see, my parents raised us to be involved members of society; they taught us that to make a better world we needed to help each other. Attending a Jewish school helped me learn about my Jewish heritage and the importance of tzedekah.

2. My fondest memory to date

Hearing Russian Jewish refugees newly arrived in Israel, signing Roginkes mit Mandlen, a Jewish lullaby. Although, under Soviet rule, they had not been brought up in the Jewish tradition, these teachers had retained memories from their earliest days of their mothers singing them this lullaby. To hear them singing this song in Israel was very moving.
That is the power of caring one for the other. That is the power of tikun olam and tzedakah, and of having a Jewish soul. That is what having a Jewish education means for the future of our children and for our Jewish Nation.

3. A particular moment that impacted me profoundly

The events of September 11, 2001 had the most profound impact on me, as a mother with children, as a Jew, as a human being, but also in my role as the Chair of the Women’s Philanthropy Campaign. We had scheduled the Lion of Judah event for the evening of September 12th. We were so shocked and saddened; we did not what to do. Should we hold the event anyway? Would it be inappropriate or disrespectful to get together and talk about money at a time like this? In the end, we decided that it was important for us to gather as a community in this very difficult time and we proceeded with the event as planned. The tone was very subdued, as you can imagine, and we were not sure if anyone would attend, but, as I stood up to give my speech before a packed room, I saw the faces of my friends, my colleagues, and my city. We were together as a community, to draw strength from each other and to be as one.

4. What advice would you give young women following in your philanthropic footsteps?

I would tell them not to look at what they do in a microcosm. They need to see what is happening in the world around them and understand the impact events can have on them as Jews, on Israel, and how it will affect their children and the future.

Being involved in community creates wonderful friends for life. It sets and example for others and allows people to come together with hope and good will.

Women as a force; I believe strongly, and I believe evidence supports me, that women are the future of Jewish philanthropy. There are more women in the corporate world, more women are inheriting estates as they live longer than men, and I tried to stress this in the CJA’s fundraising efforts. With women becoming power houses and being able to allocate funds this should be a priority issue for Women’s Philanthropy. I believed this during my tenure as Chair and I believe it now.