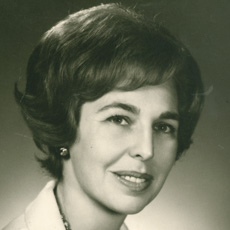 (As told by her son, Peter Finestone)

How did Sheila get involved with Federation CJA? Do you know why?

Sheila got involved because of her parents’ (Monroe Abbey and Minnie Cummings Abbey) involvement in Federation CJA and other Jewish institutions. Participation and commitment was a longstanding tradition in her extended family, going back to the arrival of her grandparents. It was just something one did.

What was her fondest/favourite memory or anecdote about their time with CJA?

One of her favorite memories, or most powerful experiences as her commitment in the community grew, was the time she spent on the Board and as a volunteer helping at Neighborhood House. In the early 1960s, as the agency was transitioning to its new home and beginning to welcome the wave of French-speaking Jews from North Africa, she experienced a “hands-on” link to her involvement that was both exciting and very rewarding.

Was there a particular moment or event that impacted them profoundly?

Sheila’s participation in the Federation des Femmes du Quebec (FFQ), initially as the representative of Federation CJA Women’s Division, and then as it blossomed to Board Member and President, changed her life. It drew her into the broader Quebec society, championing women’s, Anglophone and minority rights for the remainder of her life. The opportunity created by Women’s Federation to engage with the FFQ essentially launched her political career, culminating in a Federal Cabinet post and then Senate seat.

Did she give you any advice about following in her philanthropic footsteps?

Sheila did not give advice directly to her children about philanthropy; she simply led by example, devoting most of her adult life to helping others directly or through charitable contributions. It was always clear in our home that tzedakah was a cornerstone of living in a community. She assumed, and perhaps even expected, that each of her “four boys” would get involved. If there was advice, it was the implicit statement, “Pick something you care about, contribute, and do your best to make a difference.”