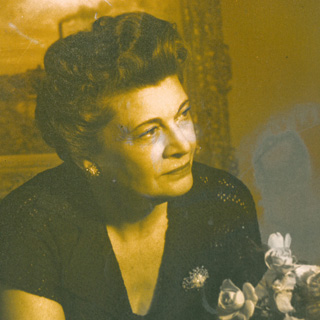 During WWII, Saidye Bronfman was active with the Jewish Red Cross and had all four of her children knitting blankets for soldiers overseas from their family home in Ste. Marguerite. Beginning in 1929, she served as President of the Young Women's Hebrew Association in Montreal for six years. One of her most enduring legacies is the merging of the two YMHAs. She was also the founder and President of the Women’s Division of the Combined Jewish Appeal (1931–1933). Her family has continued in her philanthropic footsteps and remains one of the pillars of Montreal’s Jewish community.