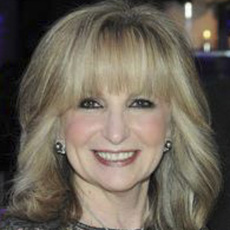 How did you get involved with Federation CJA and why?

It was over 20 years ago, following our first ever mission to Israel, that my husband Joel and I were changed forever. We fell in love with the country! We were in awe of the strength and bravery of the Israelis. We marvelled at how young the soldiers were, who could have been our children. We were overwhelmed by Israel’s accomplishments in every possible field.

I had previously known very little about Federation CJA, other than the one phone call I received every year asking for a donation. I had no idea how many lives were touched and helped by each gift. It was on this mission, that we learned so much and realized that it was our mitzvah and obligation to help those less fortunate, as much as we could. And what a blessing it is to be able to do so.

What is your fondest memory to date of your time working with Federation CJA? Can you recall a particular moment or event that impacted you profoundly?

My fondest memory of working with Federation CJA – and a moment that impacted me profoundly –was when I was chair of the Women’s Campaign. It was during the beginning of the intifada in Israel. We immediately organized an Israel emergency campaign and within a few days, our amazing community raised $15 million dollars.

Along with other community leaders, we went to Israel (at a time when very few diaspora Jews were going) to personally deliver the cheque!

What advice would you give to the young women following in your philanthropic footsteps?

I would advise young women to get involved and to take on very seriously the responsibility of tikun olam – repairing the world. By giving a gift in her own name, a woman becomes a role model for other women to follow.

My legacy is that I dared to take on leadership responsibilities and challenges.

Women cannot wait for someone else to do the work. Women do not watch from the side-lines any longer. There is simply too much at stake!