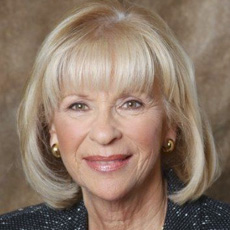 My first trip to Israel was one of the most moving, inspiring, exciting and significant experiences in my life. It was in October, 1971 and Herb and I went on a Federation CJA “Young Couples Mission.” Our dear friends, Irma and Ted Polisuk, were both involved in Federation and insisted that we go on the trip. The entire experience was a life-changer for us.

It was in the days before” Birthright,” school trips, summer camp programs and the plethora of Israel programs that are available now. So only four people in our group had been there previously. We were 20 young couples and for two weeks we travelled from early morning to late at night from the north all the way down to the Suez Canal! We saw not only Jewish places of worship, but Catholic, Protestant, Greek Orthodox and Russian Orthodox churches. One of the most interesting visits was to the Dome of the Rock. We visited the military cemeteries, climbed Massada, were taken by helicopter to view the borders from the air, and had a ride on the famous “Cherbourg Gunboats.” It was definitely our “trip of a lifetime”! And it changed our lives. Needless to say, we all came back home totally enthralled with Israel, and eager to become involved with Federation CJA.

Two years later, Herb became the Chair of the CJA Medical Division and I got involved with Women’s Campaign and Women’s Federation. The late Manny Batshaw and my friend Maxine Sigman encouraged me to join the AJCS Planning and Allocations Committee. It was a tremendous learning experience and gave me the impetus to become Co-Chair of the Committee, with Richard Vineberg.

Ultimately, in 1999, I became President of Federation CJA — a tremendous honour and an enormous responsibility.
Those two unforgettable years were a highlight of my life. The moments and events that impacted me the most during that time occurred during trips to Israel. It was the years of the Intifada and we had several small Missions that went to show solidarity. One of the most touching, was four days before Rosh Hashanah. I had just finished my term as President. Beer Sheva had been subjected to several bus bombings in two days. In order to show Montreal’s solidarity with our partner city and with the bereaved families, Rabbi Poupko, Rabbi Steinmetz, Danyael Cantor and I flew there and spent two days going to funerals, hospitals and shivas.We were overwhelmed by the reaction of the people we visited.

My initial reaction to the idea of going at such a deeply personal time for the families was that we would be intruding.
But they welcomed us and thanked us for coming. On the trip back to Montreal, the rabbis, with tears in their eyes, were writing their Rosh Hashanah sermons. It was an unforgettably sad, but uplifting, experience.

Part of what I would consider my legacy has already been fulfilled.

My two grandsons: Sean Ryer, age 25, and Evan Ryer, age 21, are Zionists! They both love Israel and are “Birthright alumni.” Sean has a Master’s Degree from Tel Aviv University. My daughter, Arlene, their mother, a marketing professional, is working on the marketing for the Women’s Philanthropy Haggadah project.My older granddaughter, Samantha, 19, has also gone on Birthright. Her younger sister, Rachel, 15, can hardly wait for her turn! In addition, their mother, my younger daughter, Lisa Levin, is a community professional in Toronto. Lisa and her husband Richard went with their family to Israel three years ago to celebrate Rachel’s Bat Mitzvah.

My advice to young women. Being a volunteer in the community is one of the bonuses in life. It’s a real privilege to be able to “give back.” And I don’t mean just money. We’re really fortunate if we’re able to share our talents, energy, knowledge and caring with others.

It’s exciting and stimulating to be involved with people who share similar values and goals. And being a volunteer is a great way to meet people who you may never have met before.