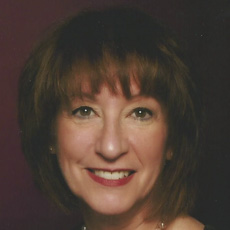 Community involvement was part of my upbringing, as modeled by my grandmother and my parents. As a teen, I was in BBYO, NCSY, and Y youth groups, spent 4 summers – first as a CIT, then as staff – at CBB, and led youth groups at Neighbourhood House, where I was also a member of the Board as an 18-year old. I joined a Leadership Development group which was a program of the Allied Jewish Community Services Planning Department, when I was 29, and thus began my involvement with Federation CJA. I had already begun to develop an understanding and awareness of some of the needs of the community, as well as its diversity, at that point.

Following the LD experience, I was invited to join the newly formed Council on Aging, where I chaired a volunteer committee that produced a magazine for seniors in 3 languages. I was also the editor and did the art work and layout, working closely with Federation CJA’s Communications Department at the time. "Attitudes", as it was called, was awarded both gold and silver medals in its category by the Jewish Federations of North America.

At the same time, I had children who were beginning Jewish Day School and I chose to become involved at the Jewish Education Council (JEC), since renamed the Bronfman Jewish Education Centre (BJEC). I was appointed to the Board and the Education Resource Centre committee, which I eventually chaired. We were a full - service agency for both day school and supplementary school Jewish and secular educators, providing support for audio-visual, computers, special education, library services, professional development, and so on. I was First Vice President when we sent the very first March of the Living group to Poland and Israel, and speaking to the group and hearing of their experiences was one of the most impactful of my lay career. As the first female President of the JEC, working closely with AJDS and JEC professionals and lay, I endeavoured to raise the profile and morale of Jewish educators, following a challenging period of contract negotiations. Together we planned Celebrating Excellence, encouraging our constituents to contribute to a year of special projects and programs. We published "Beineinu", a collection of tributes and testimonials to educators and program descriptions by educators. Finally, my husband and I chaired the first JEC Family Mission to Israel, an educational mission led by Jewish educators. We had 45 people from the ages of 5-85, parents, grandparents, and children. Many of the participants had not been involved in the Jewish community before this trip, and at least 3 went on to become award-winning communal leaders.

I was fortunate to be a part of an agency that was the spawning ground for many of the leaders of our community, and I went on to assume other leadership roles before joining FCJA as a professional, and experienced working with Volunteers and professionals from every agency and department over a period of more than 30 years. This has given me a broad overview and appreciation of the needs, challenges, programs and services of our community, as well as the endless possibilities!

My advice to anyone who is interested in volunteering is to find what your passion is, listen to the opinions and stories of others, don’t be afraid to accept challenges and take risks, and know when to say no. Be respectful of those you work with, and use diplomacy. Always remember that no matter what area of the community you become involved in, you are a part of a network of agencies all working toward the same goal. That’s where the strength lies. And above all, be confident in your abilities and trust your instincts, but don’t take yourself too seriously.

I believe I have left a legacy of cooperation, the importance of listening, of being as creative as possible to respond to the challenges, and of persevering until change takes place.