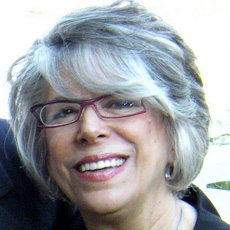 Getting involved with Federation CJA was a huge turning point in my life. I had never done any volunteer work before. I had had many phone calls inviting me to get engaged (join in) but none had appealed to me before Ruth Ballon and Rhoda Granatstein approached me and introduced me to Women’s Federation. Suffice it to say that I was so impressed with the work and scope of our wonderful community that I left my advertising career and turned to volunteering: I became chair of Career Women’s Network, then President of Women’s Federation, followed by President of the Jerusalem Foundation of Canada.

I’m flooded with recollections and memorable events, meaningful milestones and evocative incidents, interacting with the amazing men and women who constitute the Montreal Jewish community. There are two highlights of my volunteer life that stand out among the rest. The first was leading a Career Women’s Mission to Israel in 1987. The Montreal group itself and the women we met and connected with in Israel opened our mind and hearts in unforeseen ways, and broadened the scope of programs we went on to create in Montreal. The second was creating a scholar-in-residence for Women’s Federation. This was an incredibly exciting and educational experience for me, the women actively involved in Women’s Federation, and the women in the Montreal Jewish community.

In 1989, I wrote the script for a Gemini-nominated documentary about Jewish women called “Half the Kingdom”, an opportunity that would never have been presented to me had I not been where I was… immersed in the Montreal Jewish community!

Community involvement was life changing for me, and continues to be for any woman who chooses to participate in and get engaged with our exceptional community. I highly recommend it!