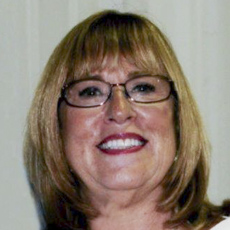 My mother, Sophie Filler, was an ardent community volunteer, having been active in her Mizrachi chapter as a member, Treasurer, and President of the organization. She instilled in me a love of community and the importance of helping others. I grew up to be a nurse and a volunteer in several organizations. My late husband Arum, and his parents Rae and Louis Orenstein, were role models for community involvement. The discussions at many of our family gatherings, Shabbat and holiday dinners, often revolved around community issues.

Jewish Support Services for the Elderly (JSSE) was established due to an identified need for services to frail seniors and their caregivers in our community. Avrum was involved in establishing the new agency, JSSE, and was one of its Presidents. I became involved in various committees and served as Chair of several. I often came to meetings straight from the sandbox at the park, having left my very young children with my mother. As my children grew older, and while working full-time, I took on more responsibilities, including becoming President of JSSE.

My fondest memory, which also had the greatest impact, is of sitting around the meeting table in the conference room with all of the talented people who were staff, volunteers or clients. Each one brought their knowledge, skills and expertise to discuss issues and problem-solve for the good of our frail seniors in the community. Listening to the wealth of knowledge of the participants was most humbling and I never failed to learn something new.

My advice to young women would be to believe in yourself. As women, we are so adept at multi-tasking. We juggle so many roles. Giving back to our community is one way to help us give back to ourselves.