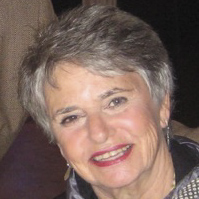 1. How did you get involved with the Jewish Public Library?

I became involved with the Jewish Public Library (JPL) when I was a young mom in the 1970s. As I recall, I was asked to help on the committee for Jewish Book Month by a friend who knew that my background was in literature, and that I was teaching part-time at Concordia University. I was happy to get involved in this area, which fit so well with my own interests and competence, especially because I am not a native Montrealer, and felt it would be a good way to integrate further into the community than through friendship circles alone.

2. What is your fondest memory of working with the JPL?

My fondest memories of working at the JPL revolve around the project I initiated and oversaw for 25 years: First Fruits, a writing competition for high school students in and around Montreal. It began with the Jewish students’ cooperation and then expanded to include all public and independent schools in the area.

3. Describe a particular event that impacted you profoundly:

I can recall many happy times associated with the JPL. But certainly the most memorable “moments” for me were the JPL launches of my first two books: Unworthy Creature: a Punjabi daughter’s memoir of honour, shame and love, a memoir I co-write with Aruna Papp (2012), and ACKNOWLEDGEMENTS: A cultural memoir and other essays (2014). At the first launch I was proud to introduce Aruna, who gave a stirring talk about life for women under oppression. The launch of ACKNOWLEDGEMENTS, however, was especially memorable, because my son Jonathan interviewed me on subjects I discussed in the book, on stage in front of a full audience. I can’t remember a more gratifying experience at the JPL. These, of course, are selfish memories. I have many more happy memories of introducing amazing writers who brought their wisdom and Jewish inspiration to JPL audiences.

I credit my satisfaction in working at the JPL to two factors: one is the quality of the people I worked with there. Both staff and volunteers at the JPL were people I admired, and also very “heimisch,” people I felt comfortable with (even though many of them came from a culturally different Jewish background from mine). That’s important in any endeavor. The other is that I came to my volunteerism with a pre-formed interest and commitment to the world of books, learning and literary creativity, as well as my commitment to the furtherance of Jewish culture in general. Having a background, a certain level of competence, in discerning literary wheat from chaff gave me the confidence, even at a fairly young age, to take a leadership role in JPL programming. Knowing your strengths and knowing what enthuses you are important. A sense of “duty” may ensure your participation in a project, but it will not elicit your optimal abilities to contribute, nor will it give great satisfaction unless the project taps into a cause that resonates with your personal gifts, emotions, psychology and touchstones of Jewish identity.

Apart from the First Fruits project, which I loved overseeing, and which lasted for 25 years, I find it hard to evaluate what my legacy might be. I honestly think that is something others must assess.