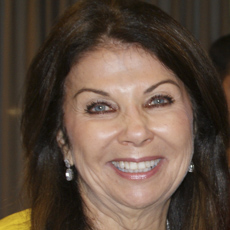 1. How did you get involved with Federation CJA – and why?

I became involved with the YM-YWHA and the community many years ago. As a child growing up in Montreal, the Y was a wonderful meeting and social place for me and my friends.
As an adult, the Y was always there as a Jewish Community Centre. I was always amazed at everything the Y offered to our community. After sitting on the Board for a few years, I was asked to sit on the Executive as Vice President, which led to my Presidency of the Y. I was hooked.

2. What is your fondest memory to date of your time working with your organization?

Being the first female President of the Y was not an easy task but it was a very exciting and rewarding task.

Before I became President, I was Chair of the Planning Committee. We were planning a huge expansion to the Y which included the atrium and the new gym as well as studios and other amenities. Seeing the progress of the expansion to the Snowdon branch was so special to me and the entire Jewish community.

There were many particular moments that impacted me profoundly. First, being asked to be President, the first female President. Second, becoming involved with the inner workings of the Y. Third, working with the people who were and still are so dedicated to the Y. Fourth, meeting the people who were so generous and giving to the community. Fifth, working and seeing the diversity of our community. The programmes offered to our community were astounding, from computers, to music, to day care, to exercise, to learning. All were wonderful moments.

4. What advice would you give to the young women following in your community-minded footsteps?

Do not give up. Continue working and loving our community. Be sure there are great things you can bring to community. As a woman who was the first female President of the Y, I worked with men from all walks of life. It was not always easy, but I did persevere and I hope I was able to make a difference. Do not let anyone tell you a woman cannot do a job because you are a woman.

Funny yes, but certainly at that time it was a feeling shared by many. Do not give up.

As a woman I feel we have a lot to offer. Montreal has an amazing Jewish Community. Be proud to be a Jew. Be proud to be part of our community. Get involved. Stay involved.
Always be ready to help. Tikun Olam. Never forget it.