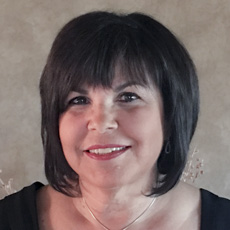 How and Why I got involved with Federation CJA:

A few years after moving to Dollard-des-Ormeaux in the mid-70s, I was invited to attend a West Island Women’s Federation CJA launch event. I was immediately impressed by the organization…the deep commitment of the canvassers and their enthusiasm in motivating and training others to raise those much-needed funds. They were warm and welcoming. From that moment on, I felt a strong sense of connection to, and a desire to be part of, that dynamic and devoted group. After several years of canvassing and sitting on the Executive Committee, it was an honour and a privilege to serve as the Campaign Chair of the West Island Women’s Division for 1995 and 1996. The experience was fulfilling and rewarding. I realized that it was part of my responsibility as a Jew not only to give tzedakah but to inspire others to do so as well.

There have been many enriching and notable experiences throughout my years of involvement with Federation CJA. Receiving the Irma Polisuk Memorial Award in 1995 and the Women’s Campaign Special Recognition Award in 1996 were two very special moments for me. My more recent participation on the Montreal Mega Mission to Israel in 2014 also stands out as being both inspirational and gratifying. I was filled with immense pride at the remarkable achievements within Israel and the significant role which the Montreal Jewish Community plays in supporting many important initiatives there. It was indeed a meaningful, magical and memorable trip, and it showcased the outstanding dedication, passion and professionalism of the staff at Federation CJA. Their enthusiasm was infectious and gave rise to a unique bonding and sharing among the participants. Our commitment to continue striving to improve the quality of life for Jews, both at home and in Israel, was greatly strengthened.

Particular event that impacted me profoundly:

Our West Island team believed that a firsthand exposure to some of Federation CJA’s agencies would further enhance the canvassers’ understanding of the degree to which the agencies benefited from the funds they were raising. Our “Mission to Montreal” in 1996 was an eye-opener to many. In particular, our visit to the JVS Sheltered Workshop (JEM) showed us how the clients were provided with an opportunity to develop work and inter-personal skills. We also learned about the Jewish focus which was realized through a variety of leisure and educational activities. As a result, a strong sense of identity as a Jew and as an integral part of the Montreal Jewish community was fostered. Throughout the “Mission,” we were enlightened and educated, leaving us so proud of the many accomplishments made possible by Federation CJA’s support. When contacting potential donors, this served as a great motivating force, leading us to share our experiences and our increased awareness of the particular needs of the various agencies

Advice to young women following in my philanthropic footsteps:

The impact of involvement with Federation CJA is powerful:

• Embrace the opportunity to experience the strong sense of community and Jewish continuity.
• Take pride in Federation CJA’s unwavering commitment to serve the needs of the greater Jewish community and to deal with new and diverse challenges.
• Serve as a role model for future generations and communicate the message of the importance of “giving back.”
• Enjoy the personal satisfaction gained when working as part of a dynamic team, toward a common goal.
I believe that the message associated with the 1996 Campaign clearly describes our motivation for becoming and remaining connected: “For Ourselves. For Our Children. For Israel. Forever.”

I am extremely proud to have been part of the development and advancement of the West Island Campaign Division, which continues to grow from strength to strength some 20 years after I was Chair. It is most gratifying and reassuring to see the next generation step up to the plate and assume leadership roles. This will secure an ongoing, thriving and vibrant Montreal Jewish community as well as steadfast support for the State of Israel.