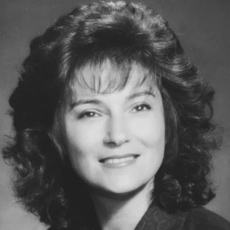 In 1986, I was asked to take on the chairmanship of the Montreal Holocaust Memorial Centre.  (\The Centre was at the time not yet an agency so the position was that of chairman and not president.)  As my husband and I were both children of Holocaust survivors, perhaps I seemed a natural choice. However, I had had little experience in communal leadership and had only just begun to expose myself to the subject of the Holocaust.

I grew up in Los Angeles in a secular, Yiddish speaking immigrant home. Aside from our small extended family, a limited circle of family friends, and the four or five classmates in the Workmen’s Circle school, I had no formal Jewish communal involvement.  And, yet, I was engulfed in the warmth of Yiddishkiet.

During my twenties, I found myself living in Israel, not out of a deep commitment to Zionism but a sense of adventure and perhaps an undefined yearning.  I came to realize that this was a perfect Jewish life for me. I did not have to commit to any type of membership. Daily life, work, study, friendship, even acts as simple as going to the local grocery, defined my belonging to the Jewish people. But as fate would have it, I met a young Canadian who brought me to Montreal where Irwin and I both committed ourselves to communal involvement.

My tenure as chairman of the Holocaust Centre was perhaps the most difficult task I had ever undertaken but also the most rewarding. As the subject is both poignant and painful, discussions were always passionate and often contentious.  Sometimes, neither consensus nor compromise was possible and difficult decisions had to be made that alienated and angered many of the members.  Yet, in the process of helping develop a young organization, we expanded public programming and outreach, developed the first docent training curriculum, drafted a set of by-laws, and re-created the exhibition space. With the guidance of Krisha Starker, the Centre’s director, I began to study searching for stories and histories of how Jews lived before, during and after the Holocaust, lending dignity to the memory of the six million who were murdered.

I continued to work with the MHMC for almost twenty years, serving in various positions, including another term as president and chair of exhibition design for the current permanent exhibition.  Among all the aspects and details discussed in the development of this exhibition, was how to properly recognize the donors.  Clearly, it would be inappropriate to plaque showcases and exhibit panels.  Should a donor wall acknowledge a donation to a specific section of the exhibition or a program of the Centre?  Instead, I proposed a broader tribute and composed these words which were mounted on the donor wall.

But neither these words which remain on the donor wall still, nor the plaques on my wall at home which generously acknowledge my leadership over the years, mark a legacy.  Every leader has her own vision, every moment its own challenges and specific responses, each leadership tenure its unique problems and creative solutions.  The legacy is one of continuous engagement, doing what has been done before you and what others will do after you. To any woman or man, young or not so young, who is asked to take on a leadership role, I would say just do it. If someone thinks you are up to the task you probably are.