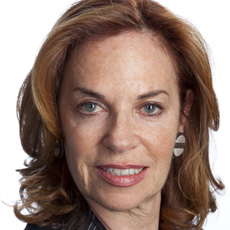 1. How did you get involved with Federation CJA - and why?

I started canvassing as a young woman. I lived on the West Island, and as a young mother it was an easy way to meet other women.

After about a decade of involvement, I found myself trying to get a satellite Federation CJA office open in the West Island. By the year 2000, we had begun renting space; by 2005, surrounded by our West Island community leaders, we hung a mezuzah at the front door of our new West Island Community Centre. That was hugely rewarding.

I was the recipient of a few awards, including the Minnie Cummings Abbey Award, presented to a dynamic volunteer in Women’s Philanthropy, who by her inspiring leadership, dedication and foresight has espoused the ideals, spirit and vision of Minnie Cummings Abbey. I became PAC Chair, then the Vice Chair of the Cummings Centre social services and eventually President of the Centre a few years later. During my time as Director, there was a 9% claw back on all our agencies and I and my Co-Chair felt very strongly that the same rules be applied to Israel as to Montreal. We were heard, and though it was difficult to tell the agencies of the cutbacks, we felt that at least it was done equally to everyone. We felt that we had an impact.

You can't ask someone to do or to give something if you don't do it yourself. The reward will come in just the doing. It is a privilege.

I’d like people to remember that I didn't back down from a challenge. That I always saw a project through to the end, and held strong to missions I believed in.