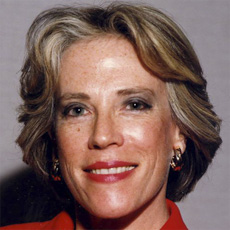 Coming from a family whose mother was born in Romania, I was always keenly aware of how fortunate I was to be born in Canada.

My parents were both very committed to Jewish issues. My dad, a third generation Canadian, was committed to his Synagogue, the Shaar Hashomayim and to Montreal Jewish communal affairs. My mother was from a committed Zionist family who dreamed of and worked tirelessly for a homeland for the Jewish people. Both of them were extremely implicated in numerous Canada and Israel based organizations. I was acutely aware of all their activities and commitments as it preoccupied them on a daily basis.

Being in Israel during the Six Day War left an indelible impression on me. I realized that in six days, the recently reborn homeland of the Jewish people could have been wiped off the face of the map – so few years after the end of the horrors of World War II. We had been stateless for over two thousand years and it could have happened again, with all of its implications. And so, it was natural for me to be involved with Federation CJA as well as numerous other Jewish organizations.

I was chair of the Women’s Campaign for the 1995-1996 season. It was a very difficult, even traumatic year. There were around 62 days of the campaign but about 10 days before the second referendum we backed off from all our canvassing. The community was in a holding pattern. The NO side barely survived by an almost non-existent margin. We did our best to re-ignite the momentum of the campaign when Yitzhak Rabin z’l was assassinated. All our hopes and dreams, all the possibilities for peace were dashed! From my perspective, it was a year that impacted me profoundly.

My legacy: Community has enriched my life to such a great extent. I got from it more than I gave, and cherished every moment. Being part of this extraordinary family, the Jewish family, enables us to impart a treasure of values and ethics to our co-workers, friends, families, children and grandchildren – What could be more valuable, more rewarding, more stimulating?