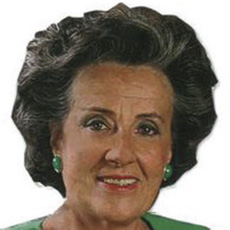 Neri was born in Bucharest, Romania in 1923,where her family was the pre-eminent leader of the Jewish Community. Her home was the centre of Zionist activity. The movement was at its very naissance, and they were in the Avant Guard, encouraging family and friends to back the concept of a Homeland for the Jewish People.

Nachum Sokolov, who was the Secretary General of the World Zionist Congress was in her home when she was born, and suggested that she be named Neri, “my light.” Her families Zionist roots go back to the end of the 19th Century. Her grandmother was a delegate to the Second World Zionist Congress held in Basel, Switzerland in 1898.

Neri was steeped in Zionism from her birth and it was only natural, that upon immigrating to Canada before World War II, she would seek out involvement in both Zionist and Jewish causes where she rose to National prominence and leadership in numerous organizations. Her transition from Nazi Europe to Canadian freedom and democracy was facilitated by her outstanding and inclusive personality.

Her involvement with Federation CJA in the ‘70s as chair of the Womens Campaign, as it was then called, was a natural outcome of both her leadership and people skills, her ability to inspire her co-workers, her keen sense of humour, sense of loyalty and friendship and her love of community in Montreal, Canada and Israel. A great mother, outstanding leader, loyal, inspiring and supportive of her friends and colleagues, she attained leadership roles in numerous organizations.She was always interested in tachles, the bottom line.

She was a Feminist long before the movement began, feeling equal to the men and able to compete with them in attaining leadership positions in whatever organization was of interest to her. She always worked eight hour days for the community and Israel.

Her legacy: the fact that the Montreal Jewish Community has been known as one of the best organized, most generous, most Zionistic, having the highest numbers of kids in Hebrew Day Schools, participants in the March of the Living and Birthright, and amongst the largest numbers of visitors to Israel is in no small measure a result of her infusion of Zionist commitment and love of Israel together with the contribution made by so many of the women being paid tribute to by this wonderful Legacy Project.