Fighting for Israel and our community 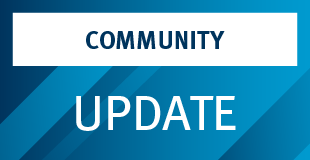 Federation CJA is fighting for Israel and against antisemitism

It has been a difficult few weeks for our Jewish community, both in Israel and here in Montreal. Many of us are hurting. For over 11 days, Israel was targeted by 4,000 terror rockets, the most intensive barrage in its history. Now, a wave of anti-Jewish hate is spreading across our community.

When Israel was under fire, Federation CJA mobilized, dispatching funds directly to Israel and offering our unwavering support, advocating to share the truth about this conflict with our fellow Canadians. Through our advocacy agent, the Centre for Israel and Jewish Affairs (CIJA), we have been in constant communication with government officials, media, and leaders throughout Canadian society about the rapidly evolving situation in Israel.

Simultaneously, we have directly taken on the accompanying rise in antisemitism, and will continue to press for action against hate and make our voice heard. While we recognize the right to free speech and assembly (which permits ongoing Palestinian protests), we will not accept the spread of hate and attacks hurled at the Jewish people. We are taking every action we can against social media being used as a weapon in the spread of hate messaging and lies. Online hate is violence and we must put an end to it.

Our Jewish community is resilient. We will not be intimidated. We will not remain silent in the face of this rise of Jew-hatred. We cannot allow antisemitism to deepen its roots in Canada. Take concrete action at fightit.ca

Here's a review of some of the actions we have taken to address the rise in antisemitism:

Called out against antisemitism on major media outlets across the province and country. Here are a few examples

Garnered support from a growing number of politicians, elected officials, influencers, journalists, and fellow Quebecers and Canadians of good conscience who have responded to our call and stood up to denounce and condemn the recent surge of antisemitism.

Received letters and public messages of support from several partner organizations including:

More high-visibility public messaging on Israel and antisemitism is in the works, and we are calling on the Government of Canada to convene an emergency summit on antisemitism that involves political leadership at the federal, provincial, and municipal levels—for the safety of the Jewish community and for the benefit of all Canadians.

Wishing everyone a peaceful and restful Shabbat. Shabbat Shalom.

Upcoming Events
View All Events
Submit your Event
Shabbat Candlelight
December 10  3:53PM
This calendar is provided as a public information service. Federation CJA does not endorse the content of non-Federation CJA events listed in this calendar.