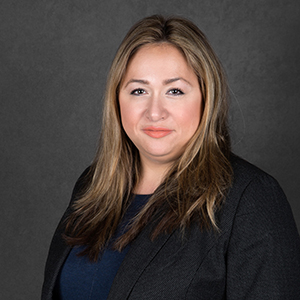 Katherine Korakakis’ passion is poverty alleviation through entrepreneurship education, particularly for women and youth. She wants to make sure our community has a voice and a say on how monies are invested, and how priorities and policies that impact society as a whole are chosen and implemented. She is currently Manager of Entrepreneurship for ProMontreal Entrepreneurs (PME), an early stage VC fund and entrepreneurship program. She is elected to Western boroughs of the city of Montreal with regards to economic development. She sits on the investment committees of PME MTL Centre and PME MTL Centre-Ouest, the decision-making bodies for business financing with the city of Montreal. She is a provincial representative of the English Montreal School Board (EMSB) at the English Parents' Committee Association, sitting on the EMSB Education Committee as well as on the Central Parents’ Committee. For 10 years, she was the National coordinator for the Youth Entrepreneurship Challenge a government of Quebec initiative aimed at introducing entrepreneurship as a means of cultural change in the province of Québec. She holds a BA in Political Science and Religion from Concordia University and a MA in Community Economic Development. She is a wife and mother of two children.

"I hope to be an advocate for minority communities with regards to access to resources and information, so they want to stay and thrive in Quebec." 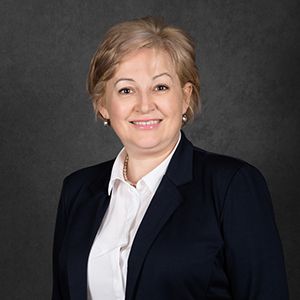 Oxana was born in Kiev, lived in Israel, and then immigrated to Canada with her family in 2007, where she earned a degree at McGill University. A Jewish community professional and volunteer for over five years, she is very passionate about the Russian speaking Jewish community.  From the beginning, she realized that this community was not disinterested in Jewish life; they were simply searching for something that resonated with, and honoured, their unique cultural identity and interests. With this in mind, she started the PJ Library project for Russian Speaking Jewish (RSJ) families. From its humble beginnings, RSJ has expanded to include cultural, educational and social activities. Oxana was part of RSJ’s Centennial Committee, initiated RSJ parents’ involvement in the community, created a partnership between the Russian PJ Library Story time and the Cote St. Luc Eleanor London Public Library and developed an RSJ engagement grant in collaboration with Camp B’nai Brith. In the four short years since Oxana initiated the program, the RSJ community has forged a strong network amongst themselves and the larger Montreal community and she is confident that generations to come will reap the reward a strong, vibrant, connected, Russian Jewish community.

"I’m so proud of the work that PJ Library is doing for Russian Speaking Jewish (RSJ) families – connecting them to each other and the larger Jewish community." 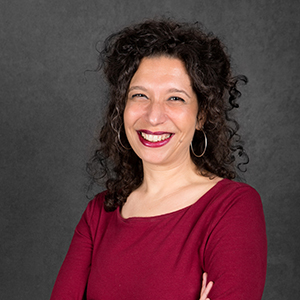 Sivan Slapak is the Jewish Programs Manager of the Segal Centre. She oversees Jewish-content programs and community engagement and works closely with the Dora Wasserman Yiddish Theatre. She also assists the Foundation for Yiddish Culture in cultivating projects in Montreal, and in numerous capacities has been active with the Jewish Public Library and KlezKanada, among others, in the development of Jewish cultural events across the city. Sivan lived in Jerusalem for 19 years, returning to Montreal in 2014. Since then, she has continuously organized, facilitated and participated in a variety of programs in association with Montreal’s many Jewish cultural organizations, as well as in partnership with other communities. Events she has helped coordinate have ranged from theatre productions to literary evenings, from concerts to intercultural Spoken Word happenings. Sivan is passionate about using art to bridge worlds, and delights in programming that draws a wide span of ages, languages and backgrounds.  The goals of accessibility, inclusion and diversity are a driving force and inform all her work. Sivan is dedicated to celebrating and honouring the legacy of Yiddish culture. She is inspired by its ever-developing place within Montreal’s larger cultural tapestry, and the wealth of voices making up the Jewish community and the city.

"Art is not supplemental, but a necessary part of individual and community expression: everyone should have a chance to create, enjoy and participate in the arts."

< BACK
Back to top