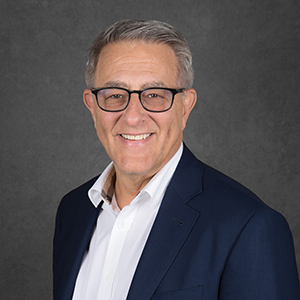 Michael Etinson became involved in community in 1993, after participating in a Federation CJA Mission to Israel. He began his volunteering career in Federation CJA’s Planning Department, where he learned, in-depth, about the needs of the Jewish community and its Agencies. Michael eventually became Chair of the Community Planning and Allocations Committee. He served on the Federation CJA Board, Executive Committee and Summit and in 2008, coinciding with Israel’s 60th anniversary, was asked to become Chair of the Combined Jewish Appeal campaign. He was instrumental, along with many professionals and volunteers, in the creation of Ometz from three separate agencies, as well as the creation of the Segal Centre for Performing Arts. Most recently, he served as President of the Jewish Community Foundation. In 1972, Michael founded Syntax, which today is a North American leader in systems implementations and cloud computing. He and his wife Janie are committed volunteers who have been married for 48 years. They have five children and eight grandchildren together. Four of their children work in and lead the business and one is a philosophy professor in St. Andrews, Scotland.

"Community work pays in a different kind of currency. There is no substitute for the feeling you get when you know that you are helping people who need help." 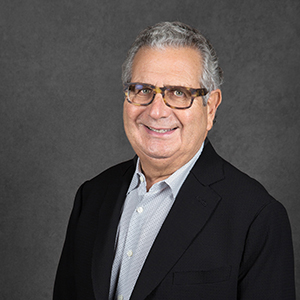 Steve Gross is a unique leader who has distinguished himself in the areas of community, philanthropy, and personal leadership. His name is synonymous with the annual Combined Jewish Appeal campaign and as avid campaigner, he canvasses hundreds of donors each year. He has held many leadership positions at Combined Jewish Appeal, including extensive involvement with the Fashion Division, the Lead Gifts Committee, the Cash Realization Committee and the Kadima Division. In 2005, he was General Campaign Chair and in 2008 founded Le Café, an initiative which provides hot, kosher meals twice weekly to anyone in need.  Steve has been Co-Chair of the Corporate Sponsorship Committee since 2012 and most recently he co-chaired Federation CJA’s Centennial Campaign with Stephen Bronfman, surpassing their extraordinary goal of $180 million. Steve is a deeply committed philanthropist involved in multiple projects in both the Jewish and greater community. He has been front and centre in cutting-edge initiatives like Federation CJA’s GEN J program on Jewish identity and education, and the MADA Strategic Planning Committee. He has sat on the Boards of Hillel Montréal, Migdal Or and Mount Sinai Hospital Montreal. Steve leads with his heart – motivating others to give and get involved. He is also a mentor to many young leaders who look to him for advice and inspiration.

"My family is blessed to be able to help the less fortunate in our community." 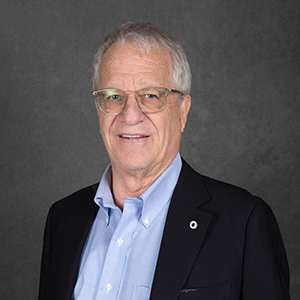 Harvey Levenson began his community service in the 1960s while attending McGill University, Faculty of Commerce, as Chair of the McGill Red Feather Campaign (1964) – known today as Centraide. In the mid-70s and 80s, Harvey was involved with Young Leadership positions in Combined Jewish Appeal, becoming General Campaign Chairman in 1994. In 1996, he initiated the Corporate Sponsorship program, and led this project for the next ten years, before turning it over to Steve Gross and Jeff Segal. Harvey was Lead Gifts Chairman from 2007-2011 and the Jewish Community Foundation President from 1997-1999. Since 2006, Harvey has been deeply involved with the Jewish General Hospital. He was elected to the Foundation Board of Directors in 2010, co-chaired The Weekend to End Women's Cancers in 2008, and co-chaired the Power to Heal Campaign from 2010 to the present. He is also the hospital’s Foundation Vice-Chair, and Chair of the Foundation Nominating Committee and the Grants Committee. Harvey has served on numerous other boards over the years: Canadian Men's ORT, Mount Sinai Hospital Foundation, the Miriam Home Foundation and the Friends of Ben Gurion University.  Harvey and his wife Alta have been immensely enriched by volunteering with the Jewish community.

"My wife and I hope we have inspired our children, grandchildren, associates and friends to do deeds of loving kindness."