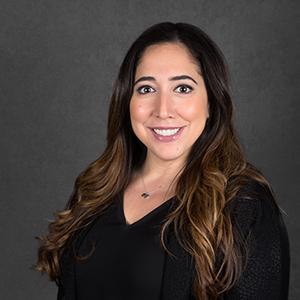 Karen Aflalo began her volunteer work in 2009, serving as Programming Chair and Executive Board Member of Le Cercle. That same year, she initiated the pilot project "FIX”, an Ometz program helping young Jewish adults with addictions. In 2011 and 2013, she was Co-Chair of Leadership Development for the Communauté sépharade unifiée du Québec (CSUQ).  She also co-chaired a fundraiser for "BANAV" that raised $50,000 to help children with learning disabilities. In recognition of her efforts, Karen was awarded Federation CJA‘s Jon Roskies Award for New Leadership in 2013; in 2014, she was named YAD Campaign Chair while serving on UIA’s National Young leadership management team; and in 2015, she won the YAD Leadership Award. In 2016, Karen was named Co-Chair of the GenMTL Expo. At the same time, she joined the Jewish National Fund Montreal (JNF) Leadership team as Chair of JNF Future. During her first year, she launched an exciting new initiative called Tech Shuk, raising over $40,000 for the Herzog Hospital for PTSD in Jerusalem. Karen sits on the JNF Board of Directors and Executive Committee and was just named Vice President of the CSUQ. She will be a graduate of the 2019 Wexner Heritage Program.

"As a Jewish Sephardic woman, I am proud to be a member of this community and I want to continue to build on this era where women take the time out of their busy lives to give back, each in their own way." 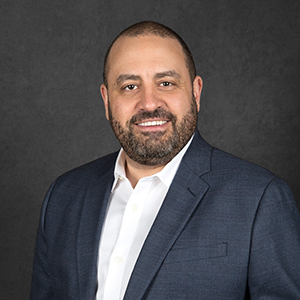 Driven by the Jewish values of tikun olam, tzedakah, mitzvah and community, Doug Liberman has been involved with Federation CJA for the last 12 years. In addition to being a Fellow in the Wexner Heritage Program, he currently serves as Chair of the Federation CJA West Island. He was previously the West Island Campaign Chair and West Island YAD Chair, successfully bringing YAD to the West Island. Prior to that, he participated in Leadership Development, Co-Chaired National Young Leadership, and was Chair of the Jewish Chamber of Commerce, among other positions. During the spring floods in 2017, Doug co-organized a Facebook group where 2,000 people looking to make an impact volunteered to provide immediate, hands-on emergency support to people in need. Doug’s community work is inspired by his grandmother, who was very active in Federation CJA, Hadassah and Israel Bonds. He hopes to leave a strong community for his children and to inspire them to give back. When Doug is not volunteering, he runs Splendid Chocolates, a chocolate manufacturing company. He and his wife Stacey have two daughters: Lexi (9) and Nicki (7).

"I hope to leave a strong community for my children, inspiring them to make their own impact in the future."